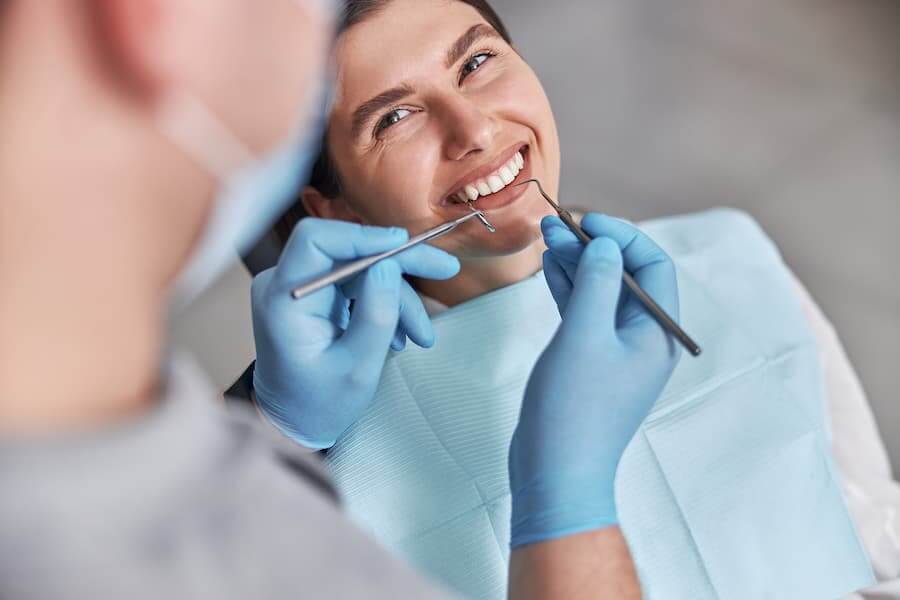 Crown lengthening is a common oral surgical procedure performed by a specialist in periodontology. Its main objective is to prolong the lifespan and function of a tooth which has a mutilated crown.

The coronal destruction may stem from a variety of causes, the primary ones being dental caries (“cavities”) and traumatic injury to the tooth.

When extensive damage is present, the remaining walls of the crown are thin with minimal tooth structure left. In this condition, the weak residual walls are prone to split or fracture under normal chewing forces, which often necessitates extraction of the tooth.
In order to protect the residual walls of the coronal structure from chewing forces it is necessary to place a full crown that will surround the tooth around its entire circumference, thereby preventing shattering of the coronal structure. The crown margins must be placed on sound tooth structure in order for it to securely embrace the coronal portion of the tooth and thus prevent the crown portion of the tooth from being sheared off.

At times, the destruction is so severe and extends so deeply below the gum margin that insufficient sound coronal tooth structure remains for retention of the crown. In such cases, the retentiveness is inadequate and the crown is likely to work its way loose. In addition, the encroachment of the crown margins on the bone enveloping the root will likely lead to bone resorption, similar to that seen in periodontal disease.

In order to avoid these outcomes, the dentist will recommend a crown lengthening procedure, which aims at exposing sound subgingival tooth structure. In essence, the crown is lengthened at the expense of the root portion of the tooth (of course, without causing significant damage to the root).

The procedure is performed under local anesthesia, the same as for an endodontic treatment or a tooth extraction.

Initially, the dentist removes the thin overgrowth of gum tissue overlying the residual structure of the mutilated crown. The dentist then removes a small amount of bone covering the root, thus exposing a small section of the root. As a consequence, the newly exposed portion of the root has become part of the crown portion of the tooth. The result is a longer crown, hence the term ‘crown lengthening’. Improved crown retention can now be gained from the ‘new’ coronal structure, thereby fulfilling the main objective of the procedure.

It is important to emphasize that the tooth’s stability is not compromised because only a very conservative removal of bone is involved.

To conclude the procedure, the gum tissue is repositioned and sutured to its new location. During the healing phase the patient often develops the impression that the temporary crown is “short” and that the interdental spaces at the surgical site have become enlarged. The treating dentist will “reline” the temporary crown after several weeks have passed in order to re-adapt it to the new anatomy.

Aesthetic considerations are another likely reason for crown lengthening. Such cases usually involve the upper anterior teeth. For the most part, these cases require surgery due to the crowns of the teeth appearing to be “short”, creating an unsatisfactory aesthetic appearance. Another indication is a non-uniform gum contour causing adjacent teeth to have varying lengths.

It must be emphasized that the procedure requires considerable skill in order to attain sufficient coronal height, to accurately reposition the gums and, most importantly, to avoid unnecessary damage to the root of the tooth.
Although post-surgical complications are relatively rare, it is nevertheless important to follow the dentist’s instructions and attend each follow-up appointment as scheduled.